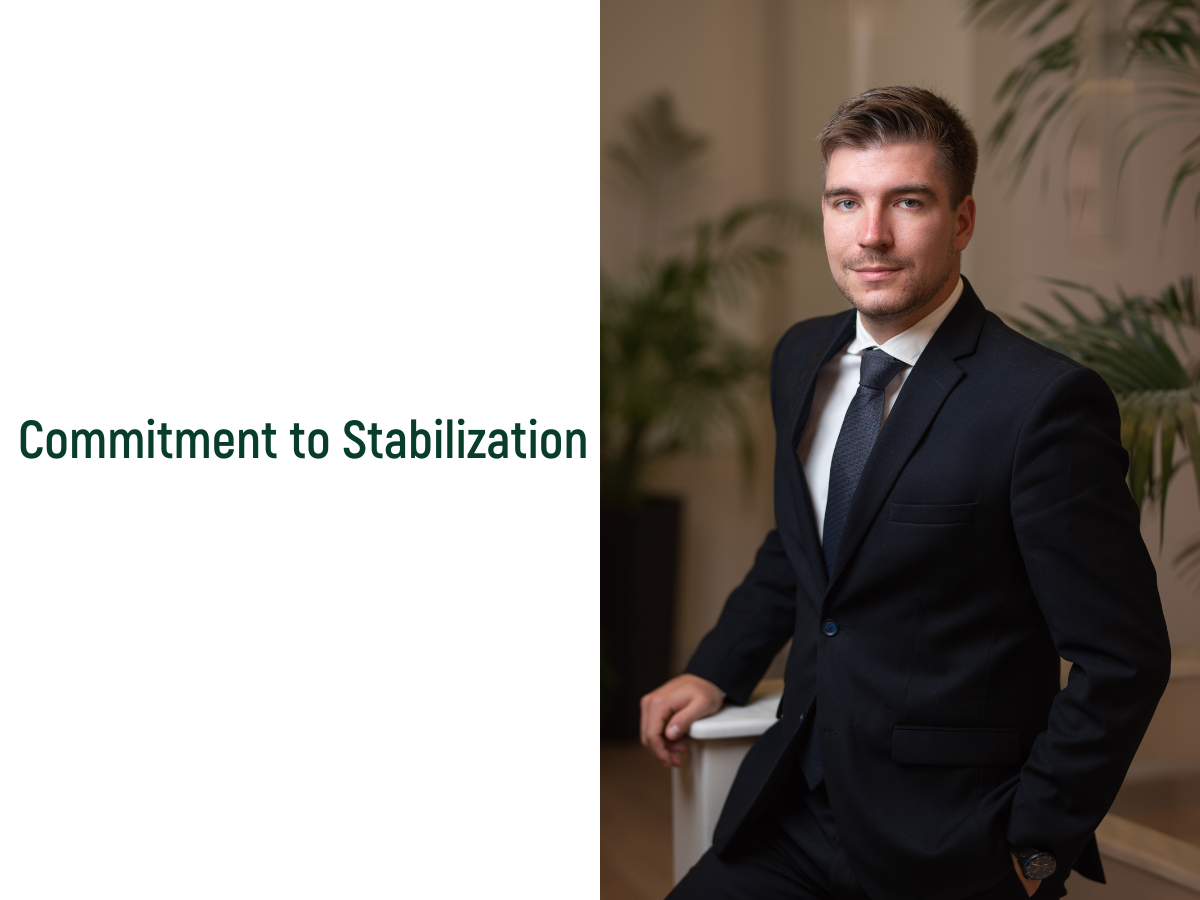 Generally, the first two years from the launch of the electricity market could be characterized as the pending battle for the cash flow between the existing power generation stakeholders, traders and state with its political interest. Therefore, the market was unstable, full of trading manipulations and abuses. This situation ended up in current situation when the ‘winter energy crisis’ is highly foreseeable.

The competition at the electricity market could be assessed as low. By the recent time, state-owned nuclear and large-scale hydrogeneration (Energoatom and UkrHidroEnergo) did not efficiently participate the market serving for supplying low-cost electricity for households under PSO mechanism.

Additionally, state-owned Tsentrenergo (CHP operator) and Energoatom were suspected in the discounted electricity sales of electricity for the benefit of private-owned traders.

In this scenario traders competed with other generation companies in their attempts to set the most favorable price for electricity.

Traders affected the day-ahead electricity market with unsecured bids causing dumping at the electricity market. In response to that, power-generation units (specifically, private CHPs) decreased their sales in this segment moving to balancing market (where electricity is more expensive) or to bilateral PPAs executed with affiliated entities.

The Regulator has permanently taken efforts to stabilize the market.

This regulation has not been very efficient. Particular market players dumped the day-ahead market, making the power generation unit to sell electricity at the low balancing market cap.

The NEURC has responded and cancelled the low cap.

The next series of market abuse happened in spring 2021. In response to low market price, power generation has left the day-ahead segment and moving to balancing market (where electricity is more expensive) or to bilateral PPAs executed with affiliated entities.

In response, the regulator has ordered mandatory minimum sale at the day-ahead market amounting to 10% producer’s load. Additionally, the Regulator has prohibited power generation companies to sell more than 50% of load to affiliated utilities.

However, all this response are tactical. In order to ensure competition at the electricity market NEURC shall build up efficient cooperation with Anti-Monopoly Committee of Ukraine to investigate the abuses. Implementation of the REMIT legislation could be also helpful.

The draft law #4503 provides for implementation of regulations on wholesale energy market integrity and transparency. Particularly it envisages the list of violations and abuses which could be made by the stakeholders of electricity market including insider trading, unsecured bidding and manipulative behaviour and strict sanctions applicable thereto.

This issue is not resolved by the Government yet, however we see their commitment to stabilization of the industry. At the first glance, the criterion for assessment are pretty obvious – i.e. performance of the commitments taken by the Government before renewable energy industry under the Memorandum of Understanding signed on June 10,2020.

The most critical provisions of the MoU provides for repayment of the ‘feed-in’ tariff debts by the end of 2021 and avoidance of subsequent hostile actions against renewable energy projects.

With last months the Government made significant progress for the debt repayment – the Cabinet of Ministers and NEURC has approved state guarantees for the Green Bonds to be issued by NEC Ukrenergo to repay the debt owed to the Guaranteed Buyer.

This demonstrates dedication of the Government to their commitments and add the credits in the eyes of the investors.

Also, the investors also succeeded in protecting themselves from the initiative to implement additional excise tax for renewable energy, which could efficiently result in additional 3,2% decrease of revenue of the projects.

At the same time, we will be able to speak about stabilization of the industry, when the new projects appear. For this point the industry requires clear and transparent conditions for the development and elimination of policy and regulatory risks.

For instance, currently there is ongoing discussion on implementation of ‘feed-in’ premium (FiP) support mechanism for existing projects. Generally, the market-players assess FiP as the reasonable opportunity. However, FiP should be available as an alternative to ‘feed-in’ tariff. Mandatory replacement of the feed-in tariff with FiP could be considered by the investors as another breach of state guarantees and investment expectations.

Sure. Over the last year we have observed several high value investments. The most prominent and famous are, probably, acquisition by Nebras of majority shares in the projects developed by UDP Renewables, and purchase of Ukrainian solar portfolio by Total Eren.

This demonstrates the trend of the market – acquisition of the operating projects. The most important reason for this is simple, conditions for the new development of renewable energy projects remain unclear.

The second aspect provides that the acquisitions are mainly driven by the big international investors who enjoy significant financial resource and could sustain turbulent times. These stakeholders are ready to purchase the projects if there is local developer willing to exit the business at the reasonably low price.

In the second half of 2021 the most active investors started their search for the new projects specifically in the wind energy.

Such pricing policy creates opportunity for the development of the new generation facilities under Corporate PPA (C-PPA) scheme, i.e., for long term direct power purchase agreement between the offtaker (trader or industry-scale consumer) and the producer.

At the same time, C-PPA as the market-based agreement requires additional services for efficient trading to mitigate price hedging and pike shaping risks of the unstable electricity market. Therefore, the development could be accelerated if the government implements additional incentives as FiP, contract for difference or green certificates.

The GR practice at the energy market is highly dependent on the fact that it involves the variety of stakeholders and affect all segments of the economy.

For example, one cannot simply increase the tariff without abusing the consumers. On the other hand, in the end somebody shall pay the market price for the electricity, generation facilities and grid infrastructure. This consequence becomes even more complicate when climate-related aspect is on the table. Somebody shall additionally pay for the emissions or invest in climate-neutral generation facilities. E.g., it is not by chance EU promotes changes at the electricity market as the ‘fair deal for the consumers’ i.e. as the compromise between the energy industry, households and business consumers.

For example, in addition to the mentioned Mediation and Constitutional Court case, now we are dealing with a complex state-aid matter.

Starting from 2022, Ukraine has commitment to apply EU regulations prohibiting state-aid, i.e. support for the business entities by the state which affects the competition. It also provides for very strict rules allowing so called ‘compatible’ state-aid programs.

In this light Ministry of Energy, NEURC and AMCU shall cooperate to ensure qualification of the ‘feed-in’ tariff or alternative support schemes (such as ‘feed-in’ premiums) under state-aid regulation. Together with our clients we provide the stakeholders with analytics and arguments which could be used to achieve this goal.

For example, our team together with the expert on EU state aid legislation Dr.Leigh Hancher from Florence School of Regulation have prepared the amicus curiae on this matter. Therein we have explained how EU state aid regulations and applicable case law of European Court of Justice could be applicable to Ukrainian electricity market.

Currently we are aware about the second claim against Ukraine brought by Belgian wind farm developer SREW N.V. to ICSID.

We discussed this issue a lot with our arbitration team and international colleagues. First of all, there is no strict case law rules in investment arbitration and every case shall be assessed individually. Therefore, existing cases will hardly form precedents for ones which could follow them.

On the other hand, the outcome of the Modus and SREW case will form the background and framework for assessment of any subsequent FiT-based claims against Ukraine. The quality of legal position, document production and discovery will form the attitude of the arbitrators to Ukrainian case and could affect the further initiatives. Therefore, all the investors and legal society will keep their hands on it.

The first regulatory dispute coming into my mind is the challenge to the imbalance settlement formula brought by renewable energy producers against NEURC.

According to the law, RES producers shall compensate Guaranteed Buyer for the share of the imbalance settlement costs caused by the wrong generation forecasting. The formula for calculation of the compensation for each power producer defined individual imbalance (deficiencies between generation forecast and actual electricity output).

In January 2021, the Regulator has introduced the new vision. The basis for the compensation was calculated as the overall imbalance settlement cost of the Guaranteed Buyer calculated as the different between purchases at the FiT and sales at the electricity market. In other words, as a result, of new formula renewable energy producers compensated Guaranteed Buyer for the imbalance caused by its trading policy in addition to the forecasting imbalances.

Such approach obviously contradicts to the Law “On Electricity Market” and to state guarantee given to the renewable energy producers for offtake of all generated electricity at the feed-in tariff.

Currently the new formula undergoes judicial review. If the court will be reluctant to cancel it, the interests of the investors will be able to be restored by the Parliament through the relevant legislative amendments.

First of all, we believe in the future growth of businesses at the electricity market.

Early next year (probably by mid-Spring) the businesses will receive the information required to updated their plans and prognosis, i.e. re. performance/misperformance of the Government’s commitments before RES producers, fair price indicatives at the day-ahead market, future rules for renewable energy project development.

If the Government will be successful in performance of its commitments and plans, the new cycle of the investments to the electricity market could start. My bet is that already in spring we will hear the announcement of new significant projects and investments. On the other hand, should the Government fail, we will watch new arbitrations and regulatory claims.