As male colleagues help fight in Ukraine, women are left to defend the legal system 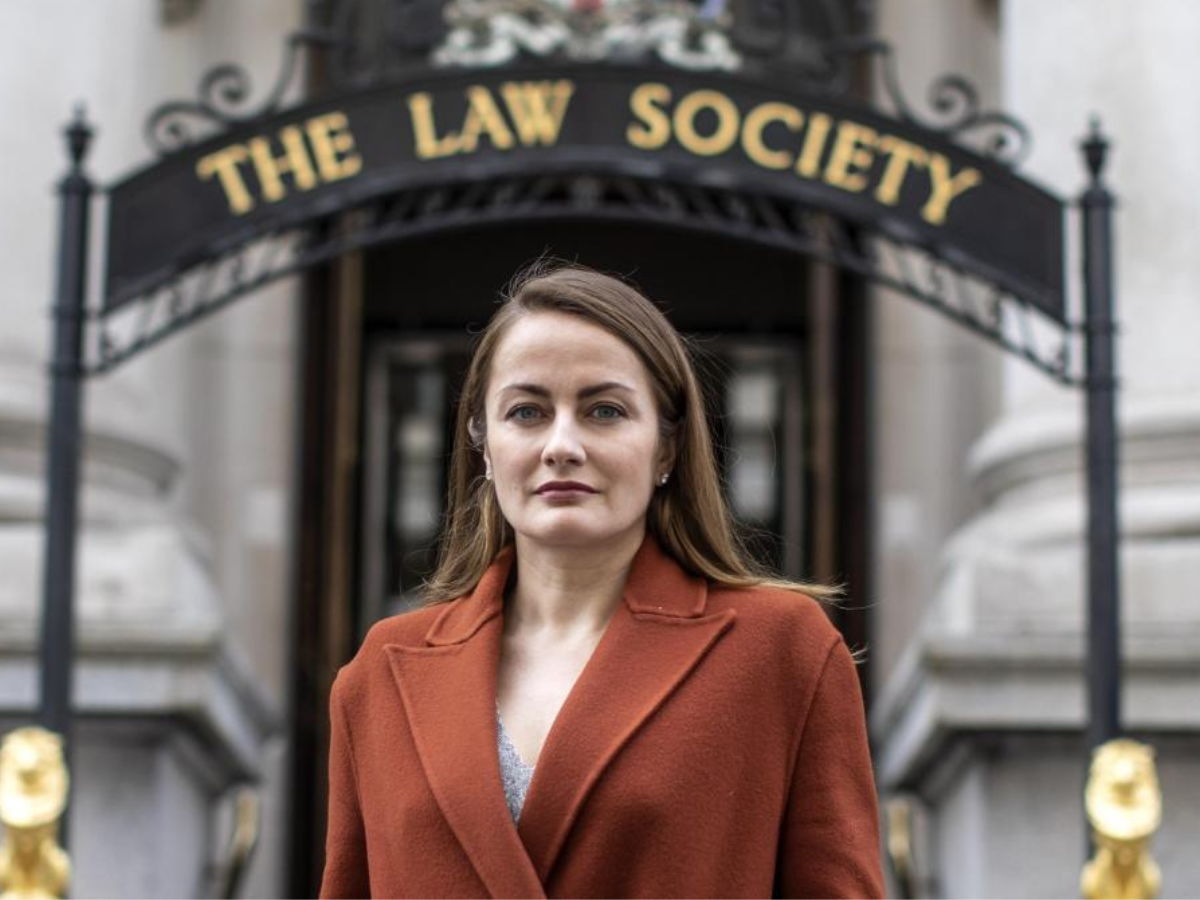 And She was planning a reception later this year to celebrate the Association’s 20th anniversary.

With businesses looking to invest in Ukraine, the commercial litigator and managing partner of LCF Law Group, the firm that she co-founded in 2009, was also planning how to develop new work.

But Russian invasion of Ukraine last month threw the brakes on all those plans.

Like most Ukrainians, Ogrenchuk did not believe that Vladimir  Putin would attack the country. She had been on a skiing holiday in France with her family and had planned to return home on the day of the invasion.

Since then, her family has been living in London with her sister, who works at the Financial Conduct Authority and has lived in the UK for 15 years.

Amid the shock and disbelief, Ogrenchuk’s first task was to evacuate colleagues at her firm and her team at the bar association, and relocate its office from Kyiv to a safer place.

She says it was difficult to convince some of her colleagues to leave. Most men younger than 60 are not allowed to leave the country, but some of her female colleagues also chose to remain in Kyiv. She says, about 10 of her male colleagues have joined the Ukraine defence force.

“They have gone from being a lawyer to taking a gun and defending Kyiv; it is terrifying,” she say.

Before the invasion, Ogrenchuk says there were about 62,000 lawyers in Ukraine, 49 percent of whom were women. The association estimates that about two thirds of female lawyers have left the country, but are continuing to work.

Struggling to find anything positive in the situation, Ogrenchuck says that as the male lawyers are defending the country, the Ukrainian legal profession is now dominated by women, who are “defending the legal system”.

Courts are still functioning with some relocating from danger areas, and lawyers outside the country are still representing clients.

The bar association set up a hotline to provide legal help to individuals with issues arising from the war. Initially, says Ogrenchuk, people needed immigration advice, but now requests concern how to register deaths and what is required when homes have been destroyed.

The association also produced an infographic informing Russian soldiers how to surrender and advising them about what to expect as prisoners war.

Ogrenchuk, who has met Stephanie Boyce, the president of the Law Society of England and Wales, and Mark Fenhalls QC, the Bar Council chairman, is grateful for the support from the UK and international legal professions.

But, she has an uncompromising message for all lawyers who continue to act for Russian clients. “You have to stop providing services to Russians,” whether that involves working on restructuring or advising clients how to avoid sanctions.

She accepts that will not be an easy move for UK lawyers to make, and says that it is a “personal decision for each firm and lawyers”.  But, she insists, lawyers have to understand their responsibilities and the consequences of their actions.

“By acting for these clients, UK and US lawyers have helped Putin commit crimes. I’m urging all lawyers — don’t play this game”.

She adds that lawyers need to be honest with themselves about who they are acting for. “If someonesays they are not helping a company owned by the Russian government, but a subsidiary, they must realisethat it’s the same thing.”

“It’s not about profit; it’s about international law and order. We are fighting not just for Ukraine, but for Europe, the UK, freedom and democracy.”

“The battle is not just on the ground using weapons, but also a fight on the legal fields. It’s our obligation – not just of Ukrainian lawyers, but the whole legal community – to be strict and speak the truth in the correct terms.”

Ogrenchuk says that at the start of the invasion, the bar association tried to contact Russian lawyers to ask them to speak out against the war.  Some did, posting statements of support on their websites.

But, they have fallen silent since the Duma passed a law dictating that 15-year prison sentences could be imposed for spreading “false information” about the “special operation”.

Ogrenchuk calls on the UK legal profession to accommodate or offer work to Ukrainian lawyers. She is also anxious for them to speak out condemning the aggression by the Russian government.

Even as the country is being attacked, Ogrenchuk says Ukrainians are thinking how to rebuild. She says that local and international lawyers will be crucial to the reconstruction of the country, with part of that effort securing compensation from Russia.

She says there needs to be a commission to calculate the losses and a mechanism developed to confiscate sanctioned Russian assets, which should be transferred into a special fund to provide compensation.

Born in 1981 when Ukraine was part of the Soviet Union, Ogrenchuk was nine when communism collapsed and 15 when the country adopted its own written constitution.

It is, she says with pride, “one of the best examples of constitutional law in the whole of Europe”.

The daughter of engineers, who moved into banking, Ogrenchuk was attracted to commercial law because she enjoys discipline, order and logic.

Currently staying in London with her husband and two young sons, she says that in these anxious times, she needs to keep busy. Ogrenchuk plans to return to Ukraine next week.

eyeWitness to Atrocities: an IT-tool for securing damages redress. Online conference
Bankruptcy in terms of War. Online conference LCF and EBA
Compensation for Damage Caused by russia. The most current and relevant
Tax novelties during martial law. Online-conference LCF Law Group and ACC
Opening of a representative office or company in Poland
As male colleagues help fight in Ukraine, women are left to defend the legal system
Compensation of damage caused by russia. Online-conference of LCF Law Group and EBA
Coronavirus and bankruptcy. The United Kingdom: lessons for Ukraine
Elena Volyanskaya is appointed Partner of LCF Law Group