A well-known work by Yuri Solomkо that reflects geopolitical changes in Europe after the fall of the USSR. The artist interprets the plot of the same-name painting by Jean-Honoré Fragonard, the French artist of the 18th century. Thanks to the map, which became a canvas, the work has ambiguous political connotation: the West flirts with the East, and vice versa. The work was painted on a map by accident. Traveling in Crimea, the artist wanted to buy a map of the peninsula, but found only political maps of the world, which later became a basis for the painting. Today paintings on the maps is recognized the author’s creative style.

“One’s inner world have its poles, hard-to-reach peaks and terra incognita, boundaries and free zones. From the birth, a man explores and expands the horizons of his world. The images of art printed on the surface of the political maps of the world seem to find a new life. In that way, the scale of the map changes too. The Earth, decreasing, becomes a component of the human body: the continents are the body, the rivers are blood vessels, roads are nerves. The man and the world merge into united living organism”.

Ukrainian artist known for his paintings drawn on geographical maps.

Born in Crimea in 1962. In 1986 he graduated from the Art School in Krasnodar, Russian Federation; in 1992 from Kyiv State Art Institute. The winner of the International Art Festival “Golden Section. Contemporary Art” (Kyiv, 1997), participant of The Venice Art Biennale (2001). The artist’s works have been presented in famous museums and private collections, including the National Art Museum of Ukraine; the Museum of Russian Art (St. Petersburg, Russian Federation); Henie-Onstad Kunstsenter, Hovikodden (Oslo, Norway); Collection of Simon de Pury (Phillips Auction House); Moscow House of Photography a and many others. Lives and works in Kyiv, Ukraine. 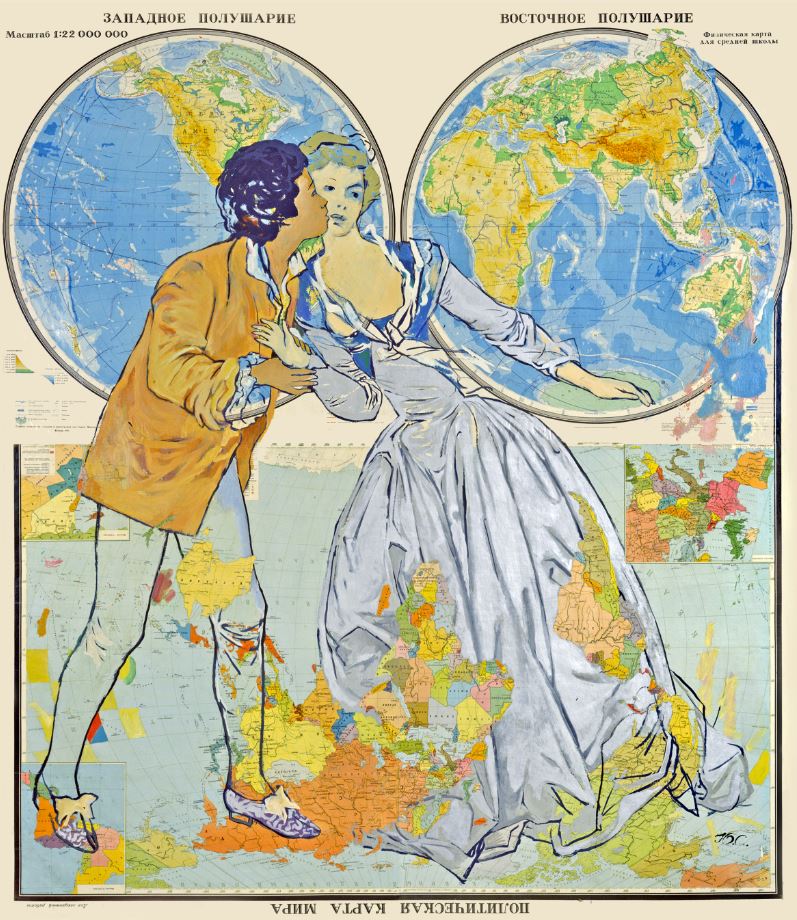